Actress Rita Dominic has slammed all those who think she’s not balling because she doesn’t post about designer labels and holiday trips on her social media pages. 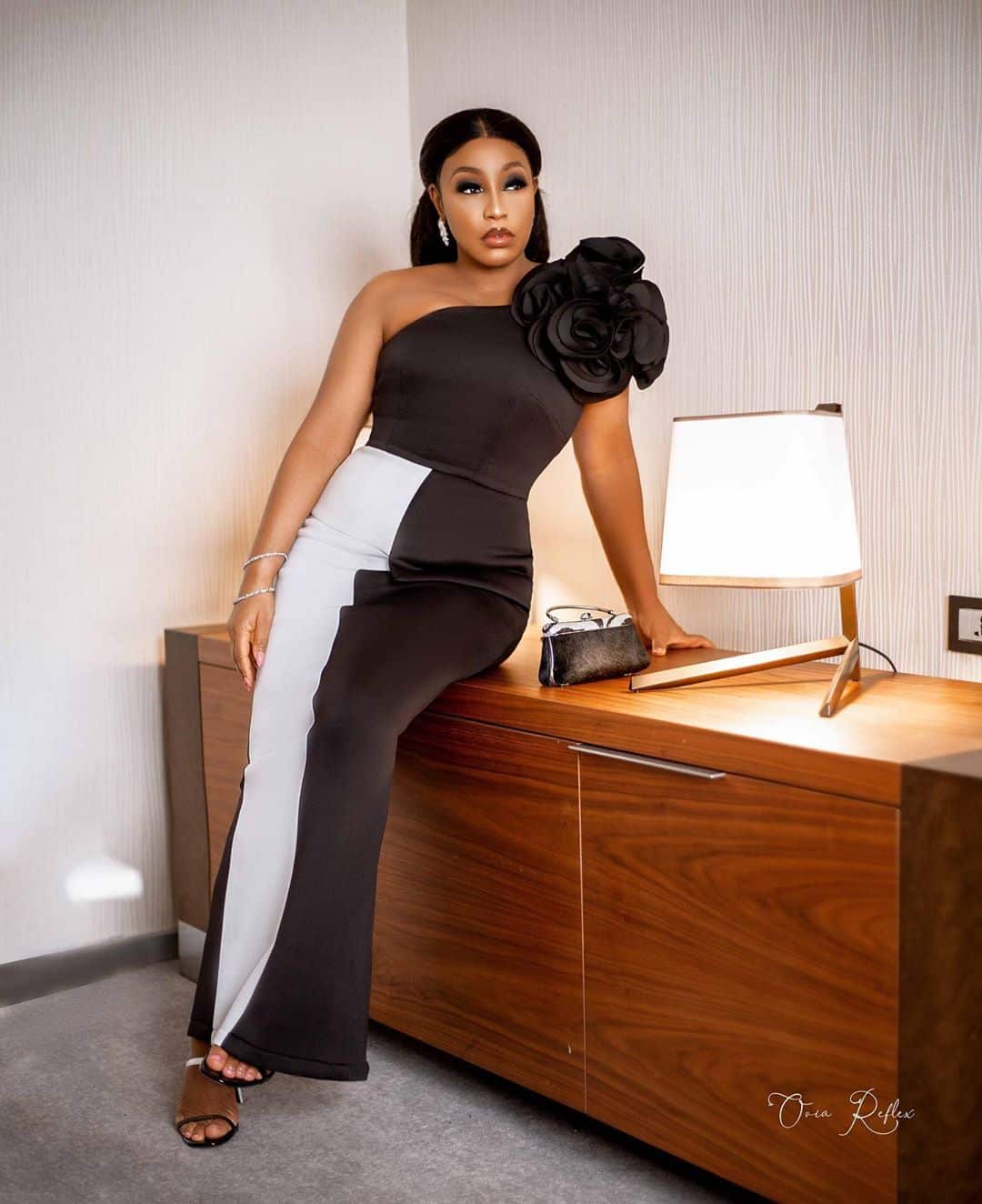 In a post on her Instastories, the actress wondered when social media became the yardstick for determining who is wealthy and who is not.

According to Rita Dominic, expecting someone to post a materialistic lifestyle on social media before concluding that the person is doing well in life is simply a poverty mentality. 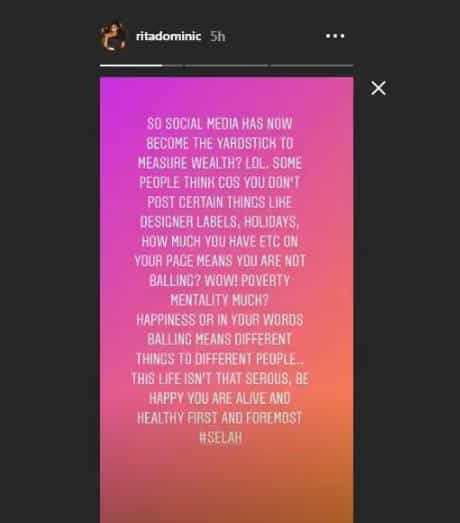 The 44-year old actress recently revealed in an interview on TV that she almost got married but called it off.

“You know how you see the signs and you just ignore it hoping the person will change. Look, a grown man and a grown woman cannot change. They can find a way to live with each other and respect each other’s feelings, but to change a grown person is difficult.”

Admitting to have fallen in love with a man but lost out, Rita, while speaking during a television programme, ‘Your View’ on TVC in 2018, revealed she was happy the marriage did not work out.

The pretty screen star said when in a relationship, couples should at best find a way to live with each other, instead of trying to change negative traits, adding that a grown man cannot change.