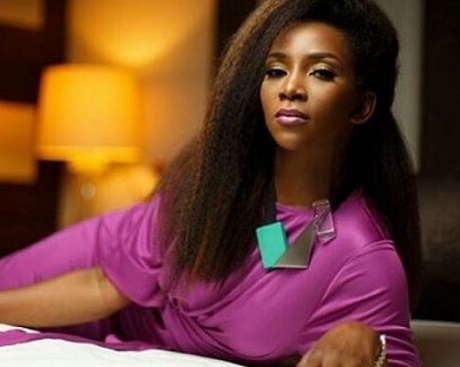 Based on Akinnuoye-Agbaje’s own unbelievable story as a troubled youth in London, the title “Farming” refers to the practice of giving children over to informal fostering, which many Nigerian parents did in 1960s and 1970s Britain.

Akinnuoye-Agbaje’s parents, at the time students in 1967 London, gave him to a white working-class couple in Tilbury, which was then a fiercely insular, majority white dockside community. He was in constant danger of physical attack from local kids who, encouraged by their parents, nurtured a violent fear of black people.

Nigeria’s Nollywood star, Genevieve Nnaji plays some role in the film as the mother of the fostered boy.

Seeing his skin colour as a burden, and actually thinking of himself as white, Akinnuoye-Agbaje developed a reputation for violence, eventually joining the local skinhead gang that ran the streets and made his life miserable. Eventually, he would later become their leader.

In “Farming,” young Damson Idris steps in as Akinnuoye-Agbaje’s own surrogate character: Enitan, a fostered Nigerian boy, whose self-hatred leads him to fall in with a skinhead gang while searching for his own identity in 1980’s England. Kate Beckinsale, John Dagleish, Gugu Mbatha-Raw, Jaime Winstone, Genevieve Nnaji, and Zephan Amissah round out the main cast.

“Farming” premiered in the Discovery section the Toronto International Film Festival in 2018, where it was picked up by Lionsgate.

It later won the the Michael Powell Award for Best British Feature Film at the 2019 Edinburgh International Film Festival in June. In announcing their pick, the jury called the film “an important, powerful and disturbing film … This story forces us to confront an unfamiliar, uncomfortable reality. ‘Farming’ keeps you invested in its brutal world. Culturally adrenalizing. Visceral. Inspirational.” The same jury gave star Idris the award for Best Performance in a British Feature Film.